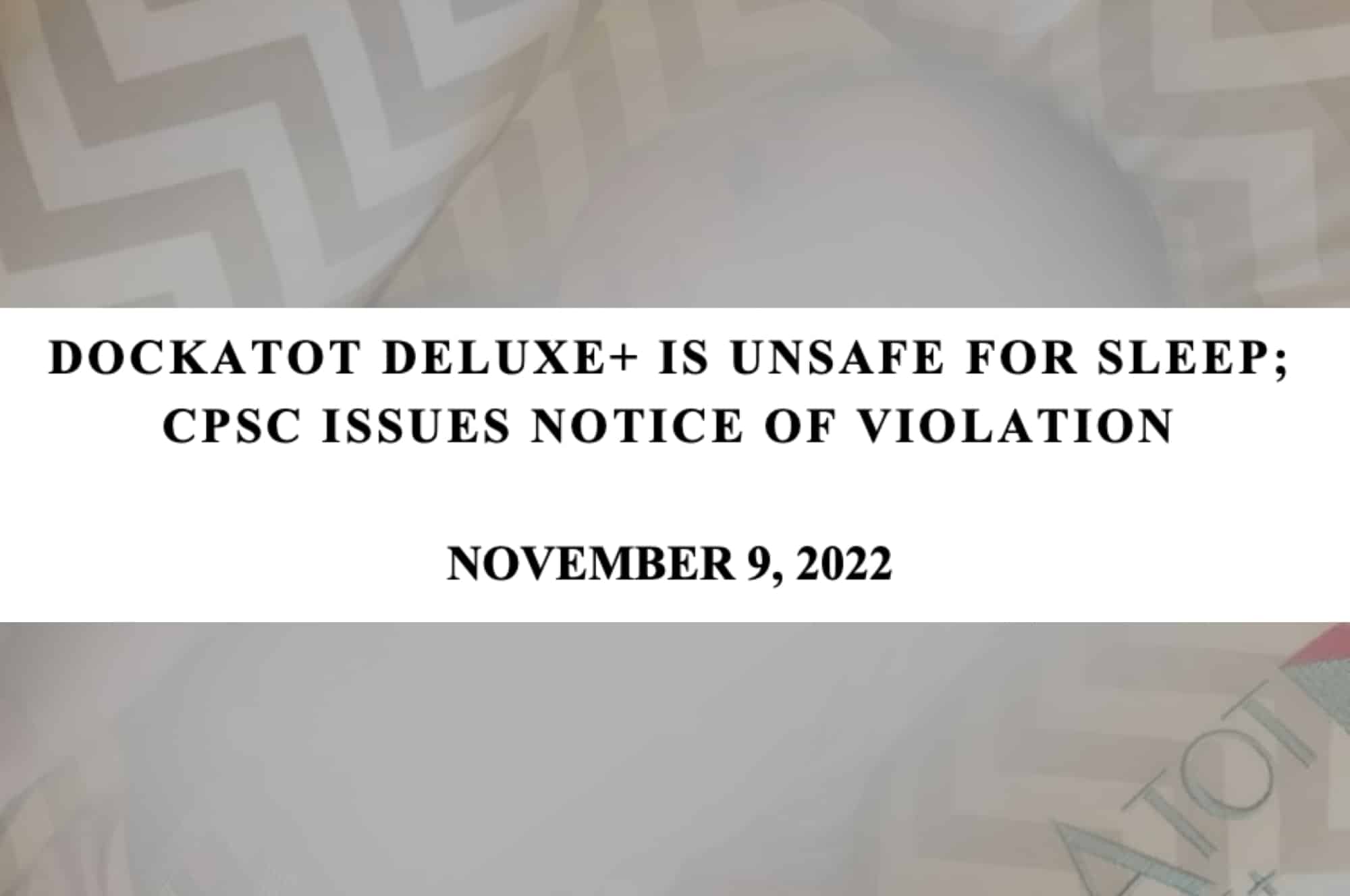 This article is written in collaboration with Michelle Barry of Safe Infant Sleep. Join their Facebook community to be part of the discussion.

Yesterday, the Consumer Product Safety Commission issued a statement about the dangers of the Dockatot Deluxe+, urging consumers to discontinue the use of the product immediately.

“I encourage you to read the reports of infants’ deaths associated with Dockatot products,” said Rich Trumpka Jr, Commissioner of the Consumer Product Safety Commission.

Keep reading for answers to questions such as:

The rule mandates that any item intended or marketed for infant sleep must pass the safety standard for a bassinet, playard, or crib. The nest products sold by DockATot do not pass any of these standards.

After the rule went into effect in June 2022, the commission issued a Notice of Violation informing DockATot that any Deluxe+ manufactured on, or after June 23 of this year is in violation of the mandatory federal rule.

As such, it can no longer be imported, distributed, or sold within the United States.

What does this mean for consumers?

Due to serious safety risks (that we’ll discuss in depth in just a moment), parents and caregivers who already own Dockatot infant loungers should stop using them right away.

To be clear, we are talking about all infant-sized Dockatots, regardless of manufacture date. (The June 2022 date is simply when the Rule went into effect).

Is this a recall?

No, this is not a recall.

In other words, Dockatot has not advised consumers to return the product for a refund.

Product recalls cannot be ordered by federal agencies; they can only come from manufacturers themselves.

As such, the CPSC has already taken all the steps in its power to stop more of these products from circulating.

Unfortunately, this means that units that have already been sold are out of their reach.

Caregivers are urged to discontinue the use of the Dockatot Deluxe+ and to immediately dispose of them rather than donating or reselling them.

(Some consumers may prefer to donate the lounger to an animal shelter or keep it in storage in case the manufacturer does issue a recall in the future.)

Have babies died sleeping in Dockatots?

You can read the tragic reports of infant fatalities and injuries associated with DockATot products on www.saferproducts.gov (type Dockatot into the search bar).

Unfortunately, there are also plenty of similarly heartwrenching cases related to the use of padded loungers from other brands.

What led to the decision to take Dockatot infant loungers off the market?

The American Academy of Pediatrics has long been advising caregivers against the use of products such as the Dockatot Deluxe+ for infant sleep.

This October, a study conducted by Dr. Erin Mannen of Boise State University, affirmed that pillow-like infant products increase the risk of rebreathing and positional asphyxiation.

The study found that even if the product was used in the intended supine position, an infant who turned their head to the side would have their nose or mouth in direct contact with side of the product.

We’ll talk more about these risks next.

Here are some of the problems associated with babies sleeping in nests, pods, and loungers:

Suffocation: “Babies may roll over onto their sides or stomachs and turn their heads into the soft fabric.” (AAP)

Positional asphyxia: “When propped up on an incline against the pillow or lounger, their heads can fall forward, blocking their airway.” (AAP)

Rebreathing of CO2: If babies turn their heads into the padded walls, they can rebreathe their exhaled air, causing their oxygen levels to drop. (Read more)

Reduced hypoxic arousal response: The product’s “hugging sensation” may dampen the lifesaving mechanism that allows babies to wake up in the event that they’re having trouble breathing. “We know that decreased arousal can be a problem and may be one of the main reasons that babies die of SIDS.” (AAP)

Is Dockatot safe for supervised naps?

We’ve already established that Dockatot is not safe for overnight sleep. But what about naps?

Most parents will find this surprising…

This is because it’s not always obvious that babies aren’t getting enough oxygen until it’s too late. 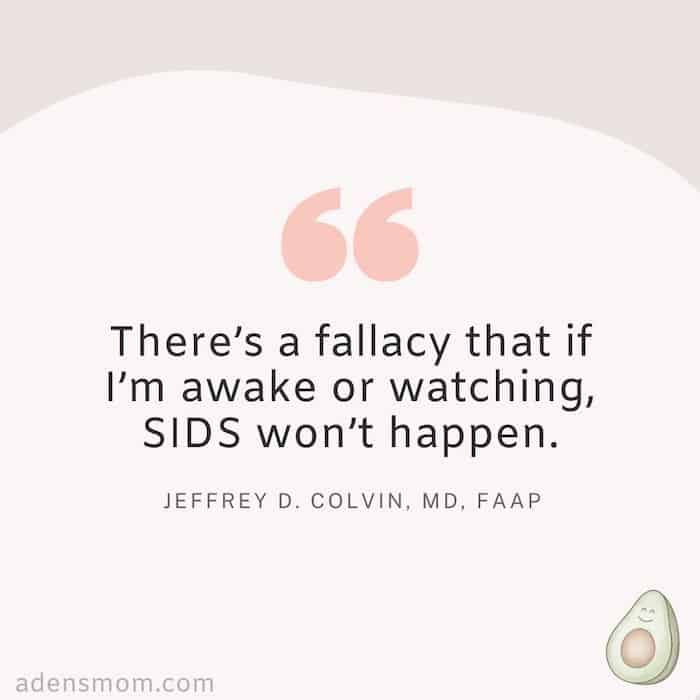 Asphyxia is a silent killer. A baby who’s having trouble breathing might look just like a normal sleeping baby.

“[SIDS] usually happens at night and occurs in complete silence—there is no fight for life or breath to warn parents that something is horribly wrong.” (Source)

This is why the AAP recommends that for all sleeps babies are placed on a flat and firm surface that meets CPSC standards.

Which brings us to our next point…

There are only 3 classes of products that are safe for infant sleep (provided that they meet CPSC standards):

Products such as Dockatot and SnuggleMe do not fall into the above categories—and they do not currently have their own federal safety standards. 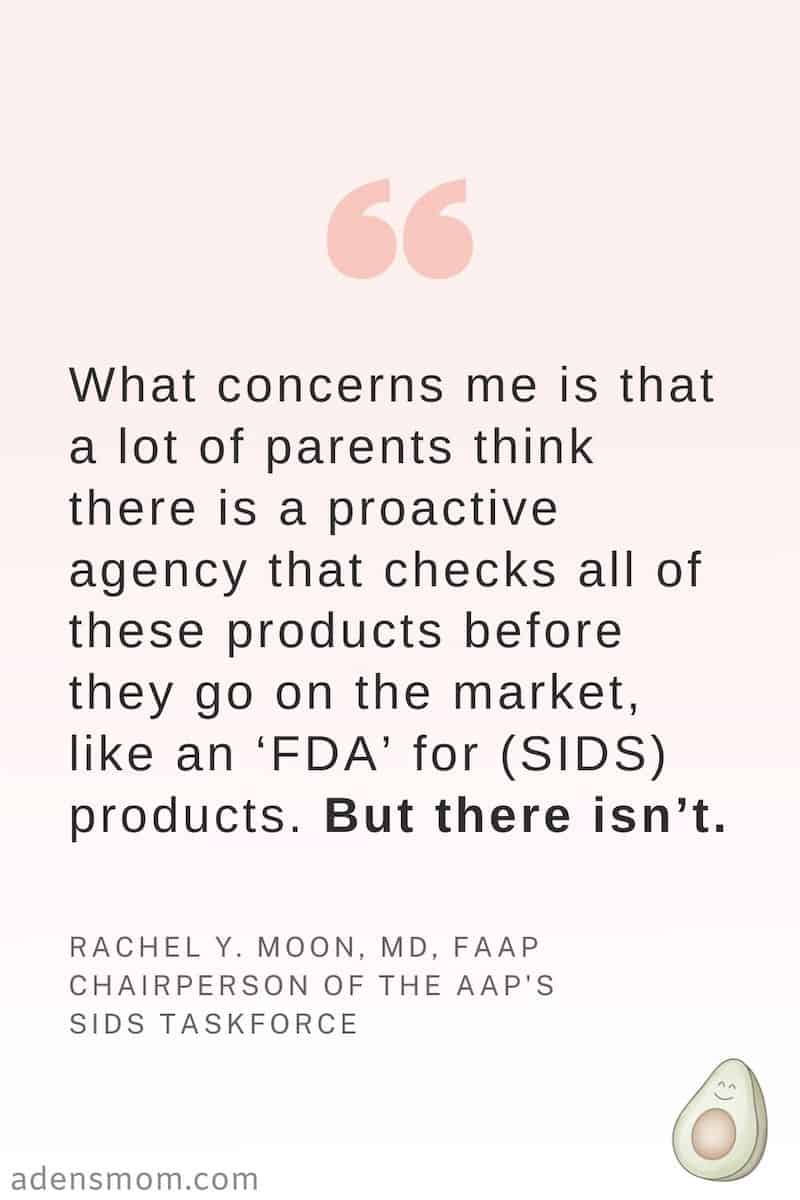 What does this mean for similar products like SnuggleMe?

Given the recent trend of the CPSC cracking down on manufacturers such as Dockatot and Boppy, it would not come as a surprise if similar products such as SnuggleMe are about to face the same fate.

“CPSC reminds all manufacturers, importers, distributors, and retailers that failure to comply with either the ISP Rule or the SSBA could result in enforcement action, including assessment of civil penalties.” (Source)

In the meantime, it’s up to consumers to intelligently observe the similarities between Dockatot and SnuggleMe, and understand that the two products present the same set of risks—regardless of how they’re marketed.

Is it safe to use a Dockatot for supervised awake time?

While there is less risk when the product is being used on the floor with an awake infant, there are still some things to consider.

New parents are in a perpetual sleep-deprived haze.

It can’t be overstated how incredibly tempting it is to let a baby sleep in one of these devices—especially when a baby “won’t sleep in their bassinet” (a complaint of practically every new parent on Earth).

It’s not uncommon for parents to think “Oh they finally fell asleep, if I just lay next to them or watch them in the product they will be fine”—which, as we’ve discussed, is a risky thing to do.

Here’s another thing to consider…

Will others who are looking after the baby understand the risks and/or follow your rules not to use the Dockatot for sleep?

Will an older sibling, a grandparent, or a babysitter be as vigilant about moving your baby to a safe sleep space?

Lastly, the use of such items, even for awake time, has contributed heavily to the surge of Positional Plagiocephaly (Flat Head Syndrome) and possibly motor delays.

Many parents have admitted to using such products frequently because they were worried about placing their baby on a hard surface.

A review of 16 articles within 8 countries revealed that only about 30% of caregivers adhere to the tummy time recommendation of 30 minutes of tummy time spread out across a 24-hour period.

The best thing to do is to dispose of your Dockatot by either destroying it or donating it to an animal shelter. You may also choose to store it (out of sight) in the event that a recall is issued in the coming weeks.

Why am I still seeing Dockatots being sold?

The CPSC only has the authority to restrict the manufacture, sale, and importation of items manufactured once the infant sleep product rule went into effect.

Since the violation applies only to the Deluxe+ Dockatots that were manufactured on or after June 23, 2022, if the product was manufactured before this date, it can still be sold.

“Breathability” is a marketing ploy.

Until there is an established standard for “breathable” baby products, there’s no sense in trusting a company’s “breathability” claims.

Is it safe to put a Dockatot in a crib or bassinet?

No. Babies can become wedged between the lounger and the wall of the crib.

This is in addition to the risks we discussed earlier: suffocation, positional asphyxia, rebreathing of CO2, and reduced hypoxic arousal.

Keep in mind that cribs, bassinets, and playards are only safe when used as intended by the manufacturer.

All bets are off when padding (or any accessories, for that matter) is added to the sleep space.

Is Dockatot safe for co-sleeping?

No. Loungers, nests, and pods are not safe for co-sleeping (also called bedsharing).

In fact, one of the biggest concerns about products like Dockatot and SnuggleMe is that their portability encourages bedsharing, a practice that itself increases the risk of infant death.

“In the majority of [nest-related SIDS] cases, parents put their baby to sleep in one of the products, positioned next to them in their adult bed for the night. The parents later woke up to find their baby unresponsive and cold to the touch.”

Bedsharing is a risk, with or without a co-sleeping device.

As this AAP technical report explains,

“There is no evidence that devices marketed to make bed-sharing “safe” (eg, in-bed cosleepers) reduce the risk of SIDS or suffocation or are safe. Such devices, therefore, are not recommended.”

Babies should have their own sleep space: a crib, bassinet, or playard that meets current safety standards. 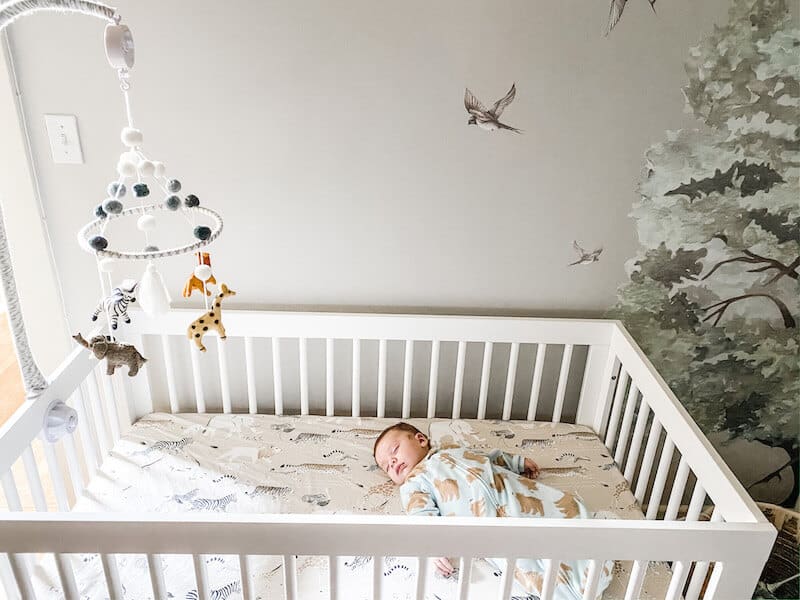 What does the AAP say about infant loungers like Dockatot?

The American Academy of Pediatrics’ most recent safe sleep guidelines state the following:

“Don’t use products for sleep that aren’t specifically marketed for infant sleep. Examples include Boppy pillows and Dock-a-Tots.”

“Do not let your child fall asleep on nursing pillows or pillow-like lounging pads… The CPSC warns that more than two dozen infants died between 2012 and 2018 when left on or near these products.”

This article is written in collaboration with Michelle Barry of Safe Infant Sleep. Join their Facebook community to be part of the discussion.