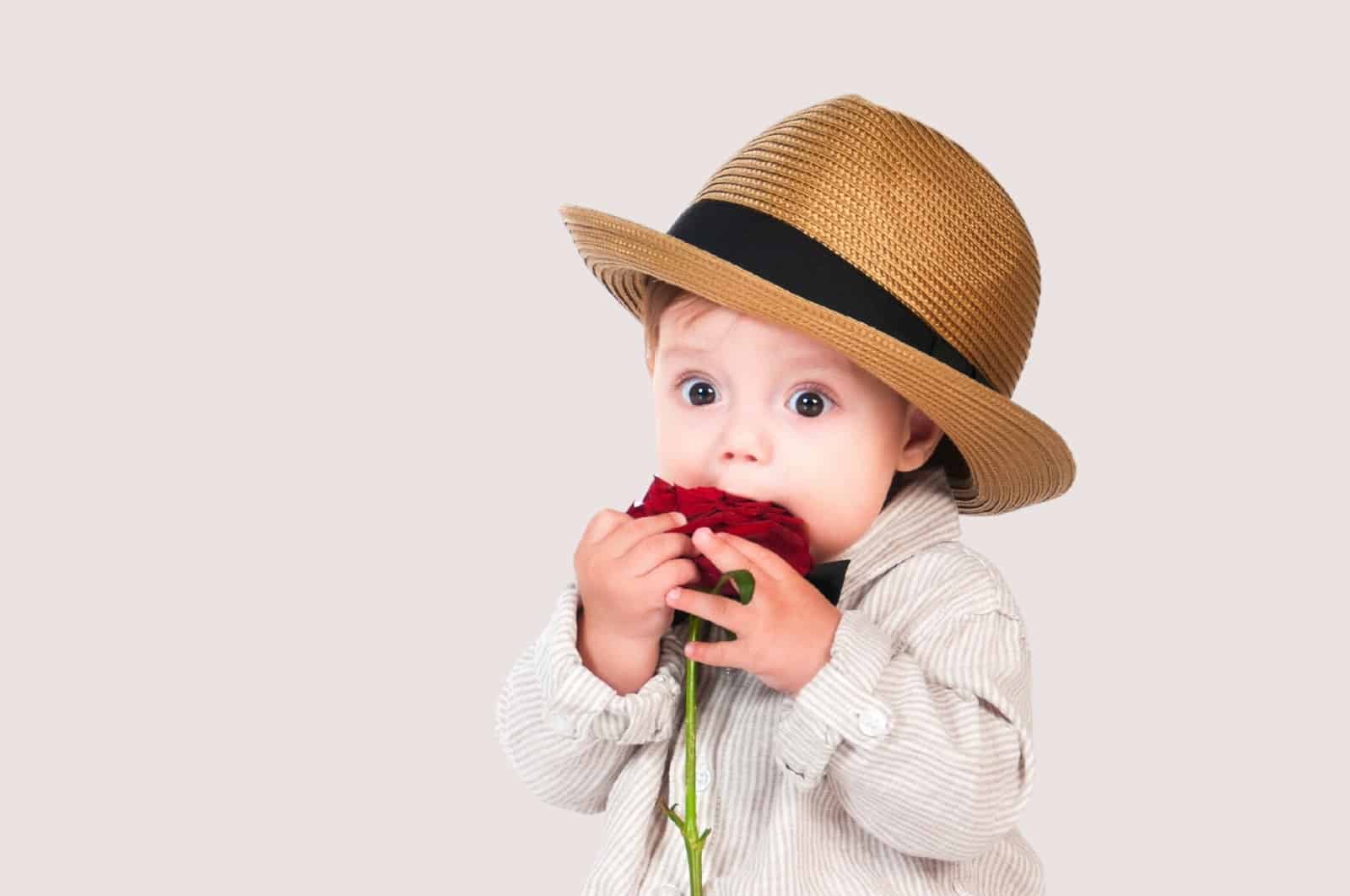 The ultimate list of southern baby boy names — plus their meanings — and middle name ideas!

Whether you’re looking for a country-sounding name, an old southern name with classic charm, or a modern moniker that’s trendy and cute, you’re in the right place!

I did my best to only include names that capture the essence of the South, without being too outdated or far out there.

Be sure to check out the second half of this post for a huge list of first and middle name combinations.

Grab your cowboy boots, and let’s dive into this list of southern names for boys! 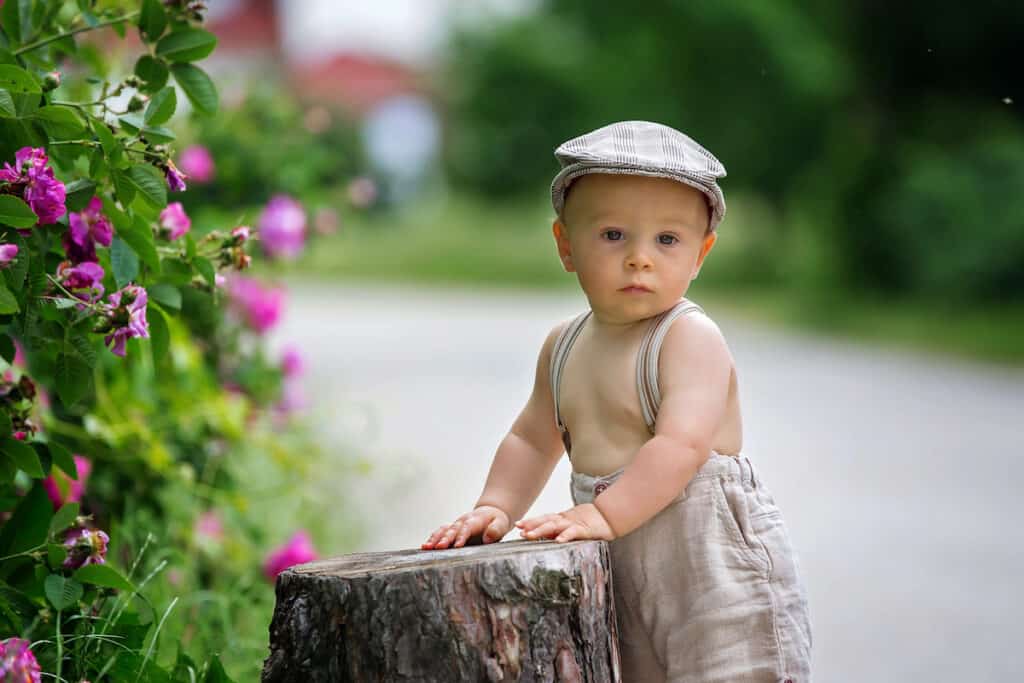 Kicking off our 250-name list with country names for boys that have an undeniably southern ring to them.

All name meanings are in {brackets}!

All of the country baby boy names in this first batch are recognizably southern, which is perfect if you’re a proud resident (or lover) of the South. Plus, most of these don’t crack the top 100 baby names, which makes them both southern and rare country boy names! 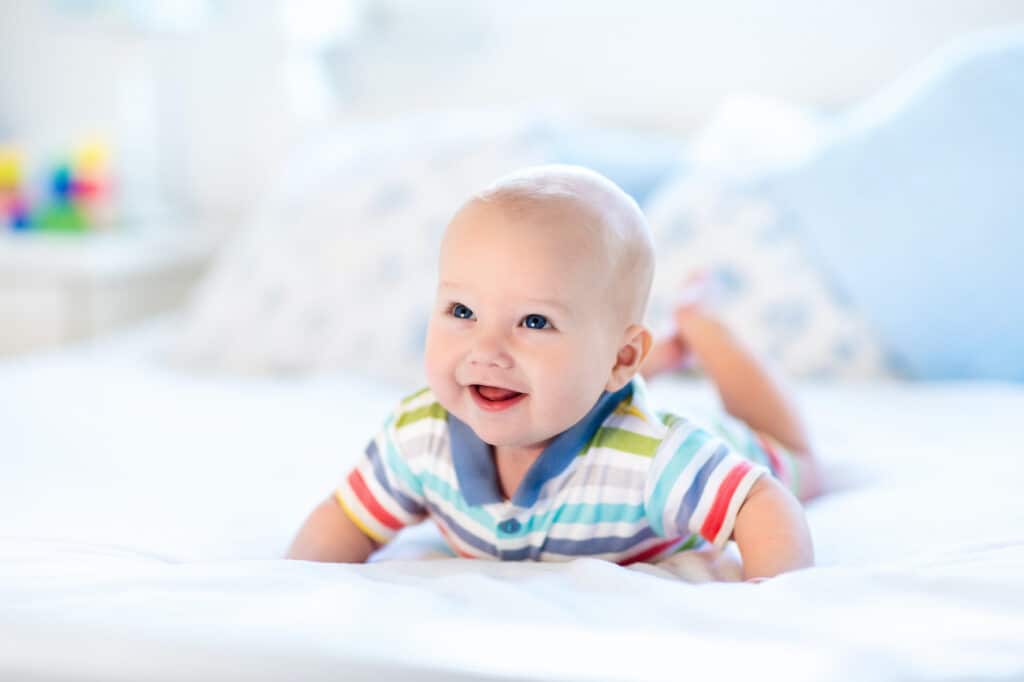 This next list is full of fresh and clean-cut southern boy baby names that have a certain modern, yet classic, sophistication.

Brimming with southern charm, these preppy names are perfect for a little gentleman who’s ready to take over the world! They’ll be cute when your son is in preschool, and they’ll also look professional on a resume or presidential ticket. 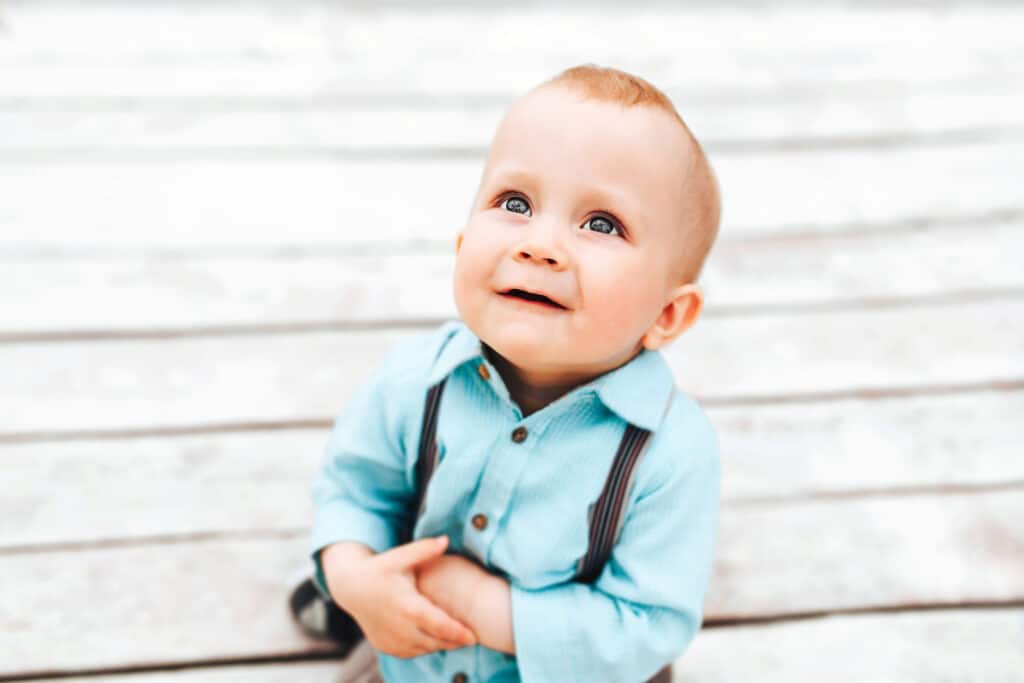 Everything old is new again!

This next batch is interesting because they’re old-school names that are cool again in the 2020s. Check out these baby boy names with deep southern roots.

These old southern names have been around for centuries, making them perfect for families who want to honor the traditions of the South. 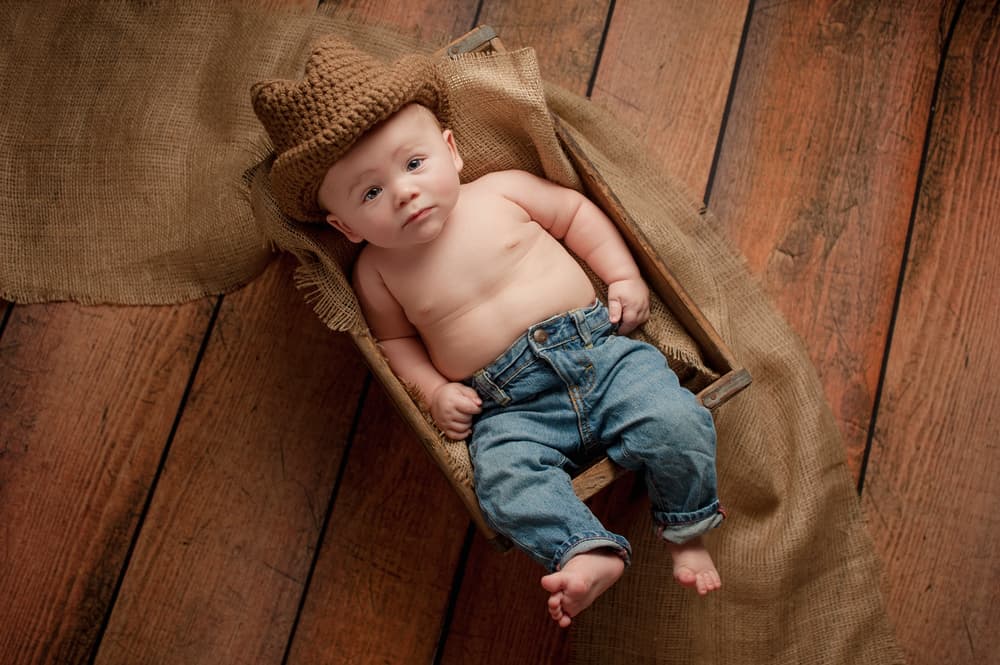 If you’re looking for modern southern boy names, this next list is for you. These cool southern baby boy names are hot right now!

These modern southern baby names are growing in popularity but haven’t yet reached the top of the charts for southern male names. Since you’re ahead of the trends, you won’t have to worry about your son being one of many kids with the same name. 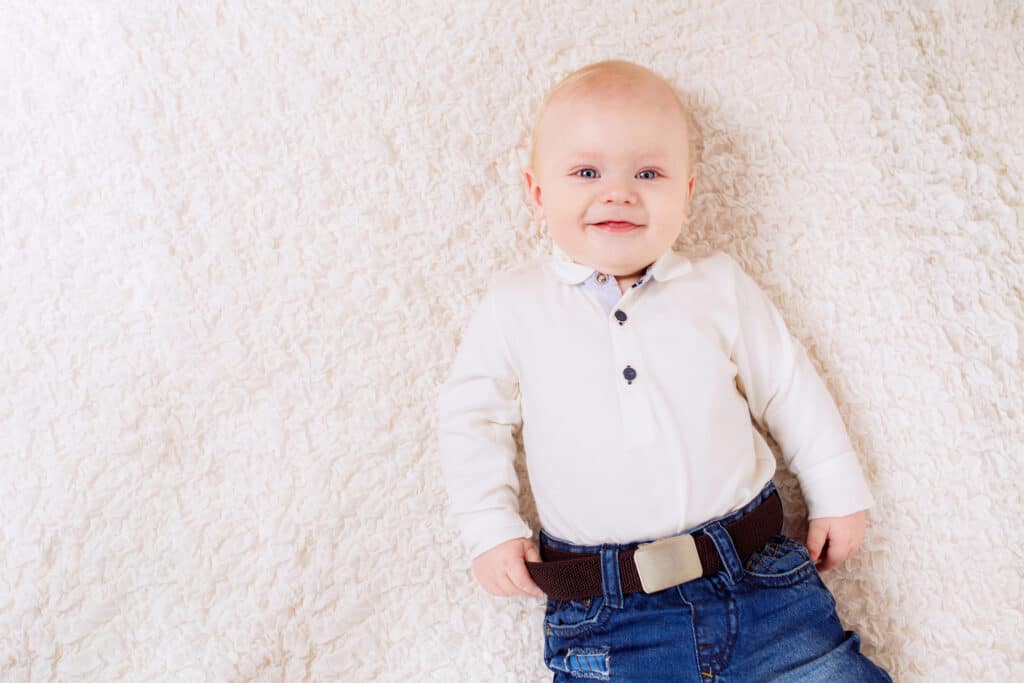 For unusual and not-overdone southern baby boy names, consider one of these!

All of these unique southern names are uncommon without being too far out there. They make excellent choices if you’re looking for a southern boys’ name that’s memorable and a little off the beaten path. 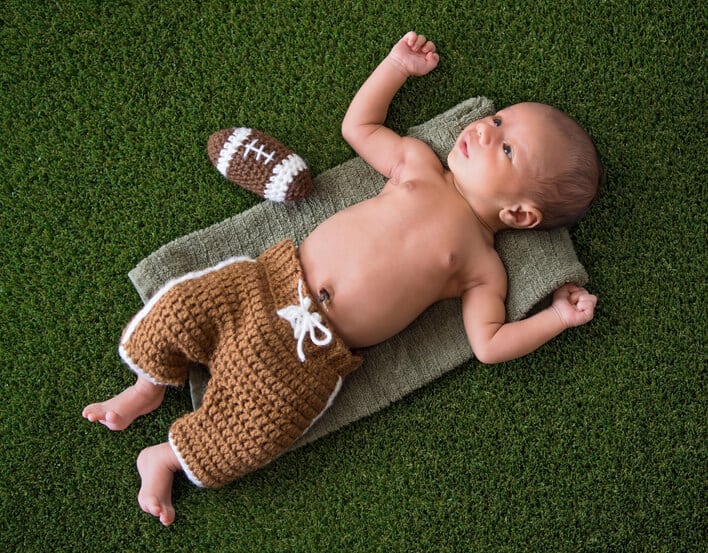 For a southern baby boy’s name that packs a punch with its rugged charm, check out these manly monikers connoting strength…

All of these masculine names set the tone for the tenacious personality of your little man to be. Maybe he’ll be a strong leader, a strong thinker, a strong communicator, a physically strong athlete… or even all of the above! 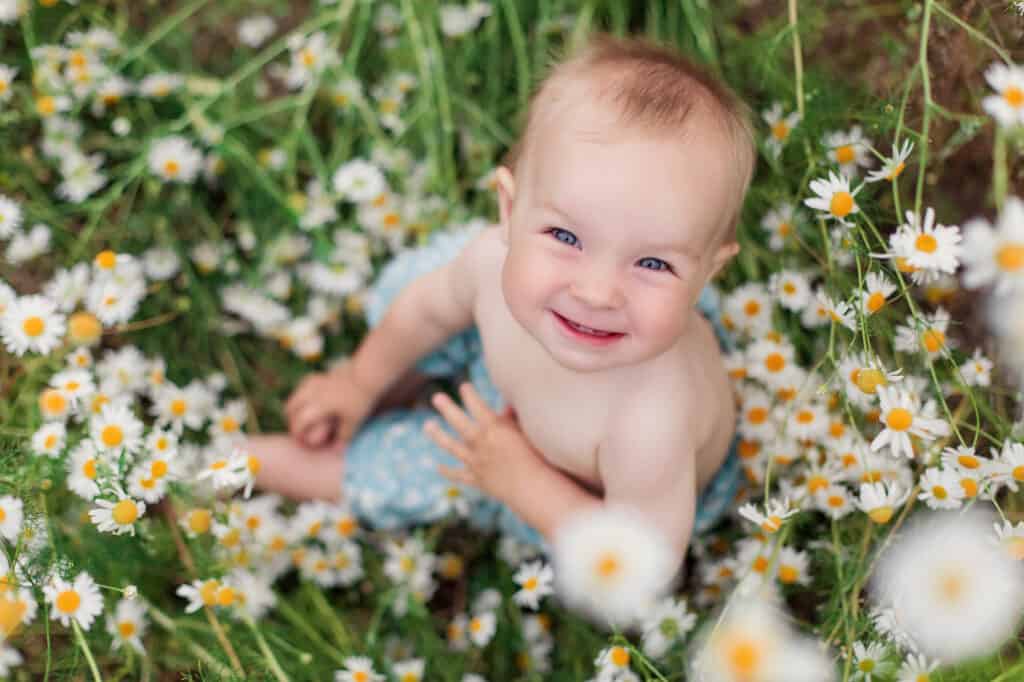 Nature names make excellent southern baby names because they capture the outdoorsy culture that’s prevalent in many parts of the South. These names may be perfect for families who enjoy fishing, hiking, four-wheeling, and spending days at the lake. 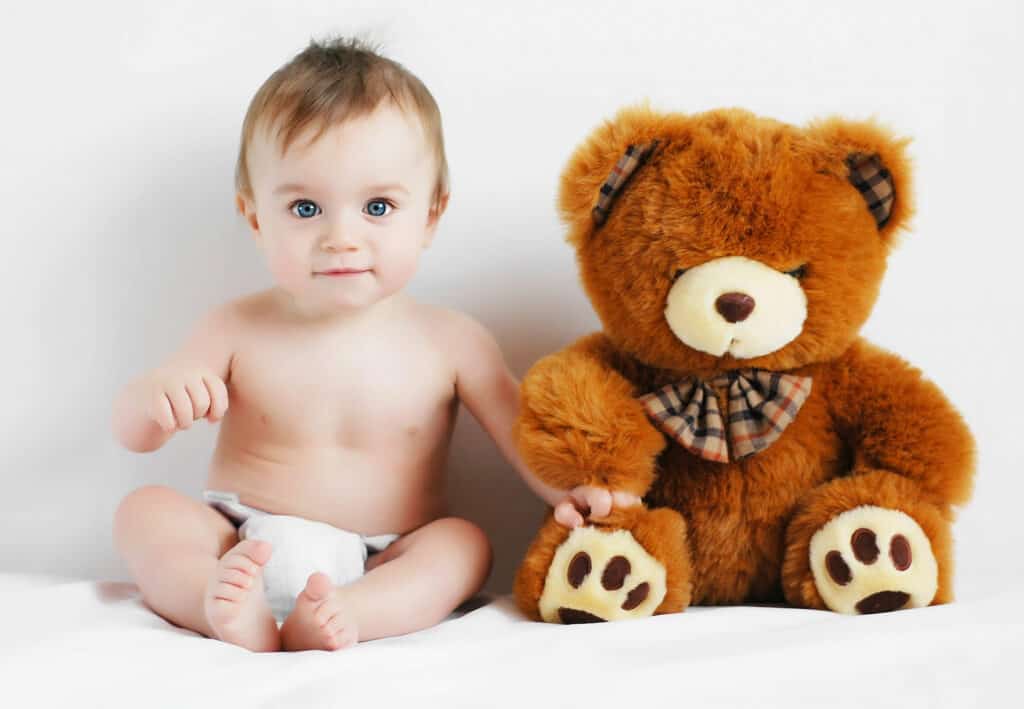 Related: 125+ Incredible Boy Names that Start with B

These cute southern boy names have ‘boyish charm’ written all over them! They sound cheerful and sweet, qualities that your son will hopefully possess. 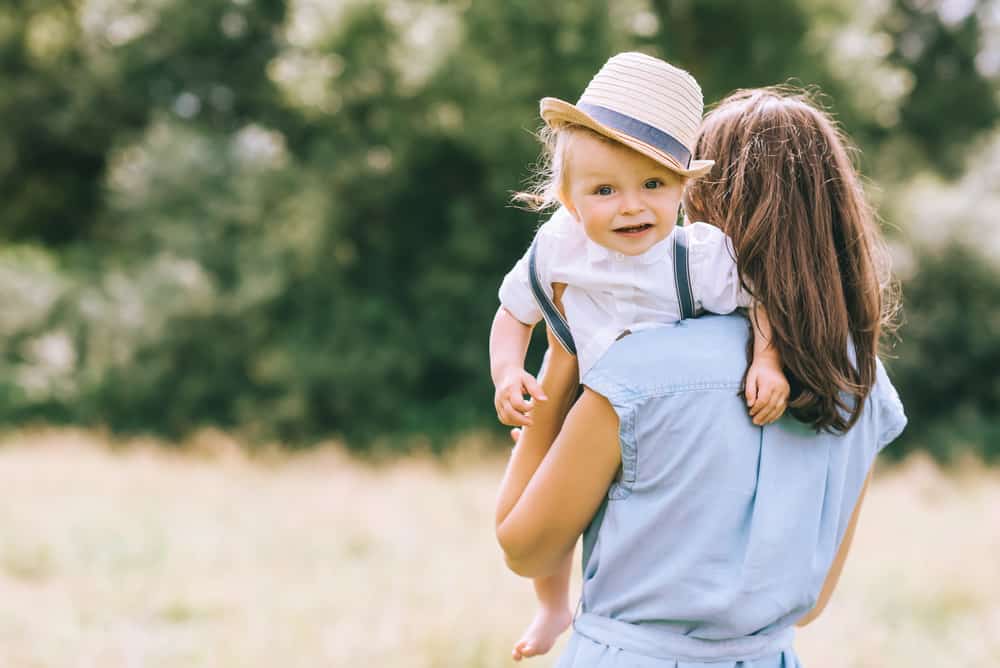 All of these popular southern names are currently in the top 100 according to the United States Social Security Administration.

While you may be hesitant to choose a top 100 name out of fear of it being overdone, these southern names happen to be particularly amazing, so it may be worth the risk! And remember: all that matters is that you love the name! 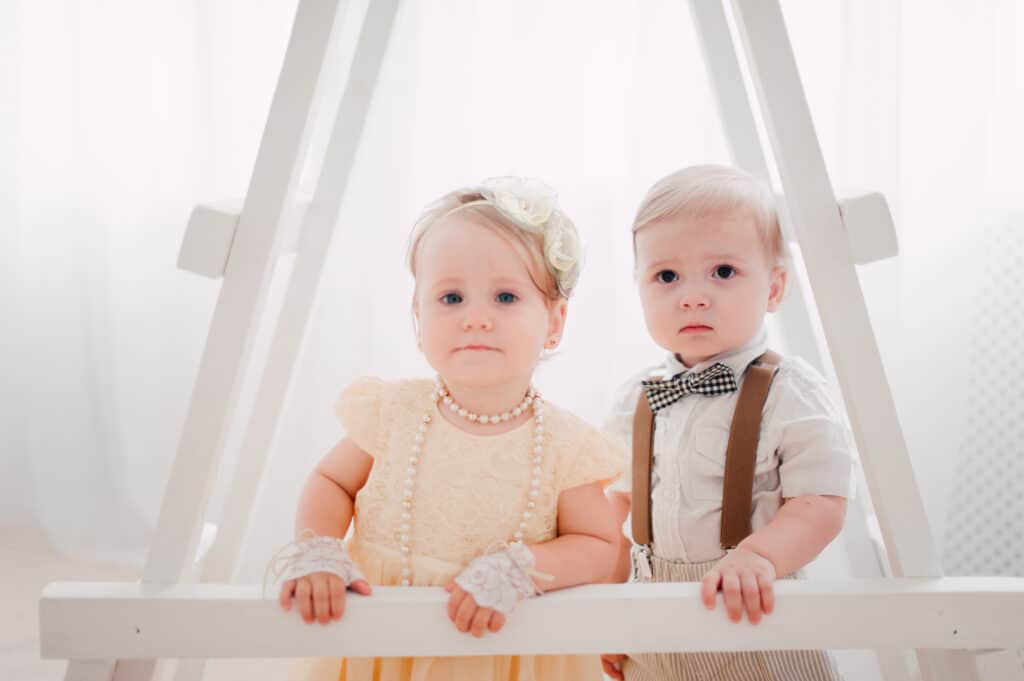 These southern baby names for boys have stood the test of time. They’re classic, yet modern, and might be just what you’re going for!

What’s great about this particular list of timeless southern boy names is that on paper, it won’t be clear to anyone what decade your baby was born in. They’re truly timeless!

With 250 names on this list, it may be hard to choose the perfect southern middle name for your baby boy.

The good news is that there are certain names that work with almost any first name.

You’ll notice that most of these are one-syllable boys’ names, making them easy to say. They pair especially well with southern names that are two, three, or four syllables.

If these southern baby boy middle names don’t do it for you, there are a whole bunch more below.

What are these southern names inspired by?

This huge list of southern names for boys is inspired by all of the things that give the South its distinctive flair.

For starters, several of the names on this list come from geographical locations in the South.

For example, before the Civil War, the Mason Dixon Line separated the North from the South. It’s no coincidence that the names Mason and Dixon make amazing southern baby boy names!

Two of the names on this list, Duke and Emory, are even inspired by southern universities!

Several southern boy’s names on this list capture the beloved rustic and outdoorsy culture prevalent in certain parts of the South. The names Colt, Ridge, and Buck are a few examples.

Another big category on this list of southern names for boys is famous characters from movies and television shows that take place in the South.

Noah was the heartthrob in The Notebook, which was set in South Carolina. Forrest, was, of course, the main character in the famous Alabama-set movie, Forrest Gump. Rhett was the famous male lead in Gone with the Wind, which took place in Georgia.

The TV show, Nashville, was also loaded with inspiration, with names like Deacon and Avery.

Choosing a baby name for your son can be tough. Below are ways to come up with (and narrow down) great baby names that will establish your baby’s southern identity from day one!

You might think you’ve found the perfect southern boy’s name, but before you finalize anything, here are a few red and yellow flags to look out for:

Initials that are the same as medical conditions

Names that share initials with medical conditions can be unexpected, especially if you don’t work in healthcare.

Here’s another one that’s much worse: Hayden Parker Vaughn sounds like a totally adorable name… until you realize your son’s initials would spell HPV.

You may or may not care about this, but either way, it’s worth a quick Google search before you pull the trigger on whichever southern name you’re considering.

Initials that are organizations

The same goes for companies, industries, and organizations. You never know what those 3 letters might be known for… so be sure to Google them!

If you go with an A name, for example, there are thousands of organizations that start with ‘American’, so be extra careful.

Most of the time it probably won’t matter, but every now and then you’ll come across an organization that you don’t want to be reminded of or affiliated with.

Another thing to watch out for is initials that spell undesirable 3-letter words or slang.

For example, Brady Reagan Anderson is a cool southern boy’s name, but it spells out BRA.

If your initials come up with any undesirable words, try reversing them.

Don’t forget to take a look at the first letter of your baby’s first name + his last name, particularly if your last name starts with a vowel!

Bundy and Manson probably would have made cute southern names, but they’re also the names of serial killers… so those are out!

Be sure to watch out for spellings too. For example, Lennon works; but Lenin does not.

Names that may invite teasing

We’d all like to think that kids are better than this nowadays, but it doesn’t hurt to take teasing opportunities into consideration.

Be careful with names like Woody, Chester, Butler, Hancock, and Gaylord.

Even if you like the person who comes to mind, your child may not love hearing “Oh, Bernie, like Bernie Sanders!” all his life.

The same goes for characters in the movies and on television like Chandler (from Friends), Dexter (the killer), Wilbur (the pig), and Woody (from Toy Story).

The name you choose for your son is 100% personal preference, of course.

Hopefully, it goes without saying that this is just MY opinion! Choose the southern name that YOU love for your baby boy. 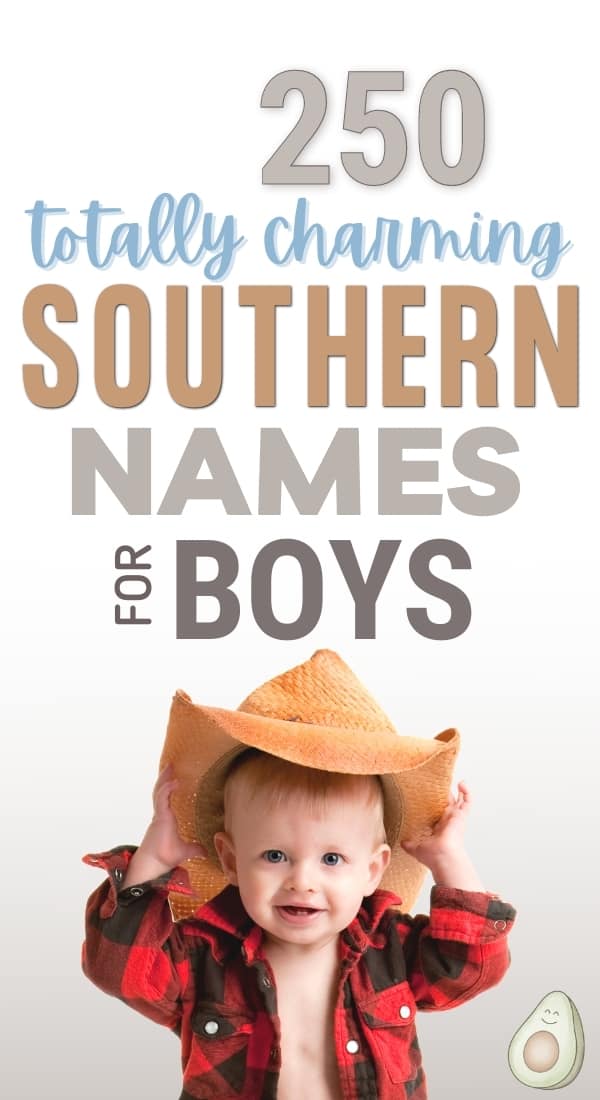